Ode To My Fur Kids

When I look at your sweet face
And see the grays creeping in on your chin
I remember your days as a puppy
Just moments ago, blown by in the wind.

I think to myself how lucky I am
To have my life be blessed by you.
Sweet and loving, always forgiving


And to not only have one- but two!

Together we have all grown up
So many memories we share
Every laugh, and every smile
Through every tear, you were there

The way you play, And sleep all day
And snuggle all night long
The way you cry at the foot of the bed,
And sing to me your song

I lift you up, and share my bed,
Or rather give you all!
And you give all your heart to me...
I’m luckiest of all. 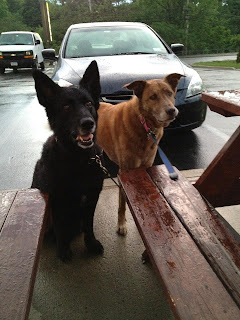 Posted by Michelle at 9:43 PM No comments: 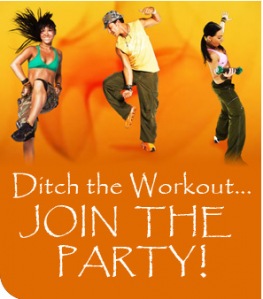 Picture it, you enter the hallway of the Peabody Hotel in Orlando, Florida and are swarmed by a sea of people clad in neon colors and flamboyant styles.  The music is pumping from the hotel bar and it rings through the lobby as masses of smiles greet dancing strangers who are suddenly friends.  Who is this energetic mob affectionately joked as being "dressed by Ray Charles"? This mass of 7,000 people representing 79 countries from around the world could only be one thing- Zumba Instructors at the National   Zumba Fitness Convention   the largest fitness convention in the world! 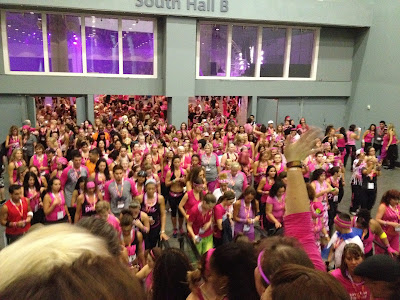 I have witnessed two extremes.  Those who have potentially been living under a rock, and have never even heard of the word "Zumba", and those die hard fanatics who do not miss a single class.  In the essence of everyone in the middle, who might have heard of it, but still don't know what exactly Zumba is- here is your quick schooling:

Zumba is not just "another fitness class" it's key quote best described as "ditch the work out, and join the party", combines dance and aerobic elements to form "fun fitness". Zumba's choreography incorporates a diverse array of International dance styles from Hip-Hop, Soca, Samba, Salsa, Serengue, Mambo, Martial Arts, African, Bollywood, Swing, Belly dance, and more!  They also manage to sneak in some Squats and lunges, along the way.
Zumba is a Colombian dance fitness program created by dancer and choreographer Alberto "Beto" Perez during the 1990s.  Alberto Perez started out as a street performer and then an aerobics teacher in Colombia, making extra cash on the side teaching the wives of businessmen how to dance in nightclubs in his hometown. One day the owner of a nearby gym called and asked if Perez could stand in for an injured aerobics teacher. He agreed - but didn't mention he had never done aerobics and rushed out and bought a copy of Jane Fonda's Workout Book.  His fitness career was born.                                       In 1986, Perez forgot his tape of aerobics music for a class he was teaching. He took the tapes he had in his backpack—consisting of traditional salsa and merengue music—and improvised a class using this non-traditional aerobics music, today known as Zumba!
It proved to be a hit and he quickly developed a loyal following before he moved to Bogota, where he briefly worked as a choreographer with pop star Shakira.  In 1999, Perez packed up and headed to Miami, speaking no English but hoping to make a breakthrough in the Latin-flavored U.S. city with his new dance exercise class.  He struggled before eventually building up a large, adoring fan base of mostly Colombian expatriate women, including the mother of Alberto Perlman.

Perlman who was then a technology entrepreneur, lost his job in the dot-com bust two years later and was struggling with what career move to make next. He co-founded Zumba Fitness and is now its chief executive. "My mom had been taking his classes for years," he said. "She would tell me about this amazing class but I never paid attention. When the bubble burst, I went to have dinner at her house and she kept saying 'Talk to Beto, maybe you guys could start a gym.'"               "I said I'd meet with him but I wasn't sure what I was going to do with him," Perlman recalled. But after watching a class, he came up with the idea for a new fitness video he hoped could be an infomercial success.

The men sought to put a name on the exercise, first thinking of the Spanish word rumba, which loosely translates as party, but realized it was already trademarked.  So, they went through the alphabet to see what rhymes with rumba. "We were getting nervous by the end, nothing sounded good - bumba, kumba. Then we settled on Zumba, it was perfect."After finding initial success in Colombia, he moved to the United States in 2001, where he teamed up with cofounder Alberto Perlman and a childhood friend, COO Alberto Aghion. The trio of Beto's produced a demo reel, and the concept was discovered and licensed by a company called Fitness Quest to create a direct marketing campaign and a line of home videos.

Zumba has exploded from a Miami gym phenomenon to infomercial and DVD smash hit into a global craze with some 12 million people taking classes every week  in over 110,000 locations across more than 147 countries around the world.  Zumba Fitness now boasts being the largest branded fitness program in the world. What began as a company focused on fitness has evolved into a lifestyle and entertainment brand combining e-commerce, apparel and music, and a sought-after outlet for stars like hip-hop artists Pitbull and Wyclef Jean and reggaeton singer Don Omar who have turned to Zumba to promote their music.  What more this marketing behemoth has cornered the fitness market:  Zumba began selling DVDs via infomercials in 2002. In 2005 The Zumba Academy has been launched to license instructors for teaching Zumba classes. In 2007 the company launched a clothing line called Zumbawear. In 2010 Zumba released its first fitness video game, Zumba Fitness on November 30, 2010. As of August 2011, it has sold 3 million copies.  In July 2012, it released the compilation album Zumba Fitness Dance Party.

Zumba has appeared in multiple magazines and news articles such as Shape, Fitbie, Washington Post, Bride Magazine, USA Today, Fox Business, Reuters, Aging Well, and most recently Men's Fitness with our very own Beto on the cover! The company has also launched its own line of brightly colored clothing, Zumba footwear and a glossy magazine named "ZLife", all designed in its Miami office. But it is also focused on developing TV shows, pushing into global markets, particularly Eastern Europe, Asia and Latin America, and exploiting a new business opportunity: fitness concerts.  "I see Zumba Fitness also as an entertainment brand," Perlman said. "It's becoming a music, TV and concert platform."

You can pick from a variety of shades and options to find the best fit for you. There are eight different types of classes for different levels of age and exertion. These include Zumba, Zumba Gold, Zumba Toning, Aqua Zumba, Zumbatomic, Zumba in the circuit, Zumba Gold-Toning and Zumba Sentao. Zumba Gold mainly targets the older population, beginner classes, or those with injuries who want a more low impact work out.  Zumba Toning is for the people who do their workouts with toning sticks. Zumba Toning will target the abs, thighs, arms, and other areas. Aqua Zumba is Zumba in a swimming pool- imagine you are in an exotic location as you splash and dance. Zumba in the circuit is the dance combined with circuit training, at Curves. ZumbaAtomic is geared towards kids who rock out while they work out. The newest is Zumba Sentao, chair-based choreography will strengthen, balance and stabilize the core, and step up cardio work in a whole new way. Students learn to use a chair and their own body weight to enhance muscle strength, improve definition and endurance, and tone their physique!

"Over the years, fitness became too complicated and difficult," Beto said. "The industry turned egocentric with an emphasis on instructors doing the exercises. It became a show." He added: "They forgot about normal people - mothers, grandmothers and the housewives who want to stay in shape and have some fun. That's the essence of Zumba."

So why am I so passionate about Zumba? I am a proud instructor for the past two years, and Zumba Lover and student for five:  My Zumba Website.  Through Zumba fitness I have lost close to forty pounds.  I have found a hobby which I love, a way to inspire others, and new friends every day.  This week marked my first ever Zumba Convention along with 7,000 of my closest friends and "zisters", the largest fitness convention in the entire world.  We indulged on educational and inspirational sessions, speeches, and non stop dance classes and dance parties for  good causes (this year raising money for Susan B Komen and Breast Cancer).  Giving back is something I am very passionate about, and through Zumba we can host events to raise money for non profits and charitable causes of our choice- a great way to bring the community for fun fitness, and raise money and awareness for a great cause.  I have been privileged to do many, for various charities:  Leukemia, Breast Cancer, Heart Disease, Multiple Sclerosis, Animals, and hope to do many more.

I left the convention fired up and ignited with passion.  As I mentioned earlier 79 Countries were represented, and I have never seen such amazing energy and feelings of being unified despite all of our differences.  All shapes, all sizes, all colors, Black and White, Latino and Asian, Old and Young, , Gay and Straight, Active and Handicapped, Christians, Jewish, Muslims, Athiests, Buddhists and Agnostics-- all dancing as ONE.  Zumba does not discriminate, it unifies, and brings the world together through dancing, laughter, and fun.   No Limits, No Boundaries!We don't do it to lose weight, or gain muscle, although that is a side effect.  We participate in Zumba because it is an hour of the day for us to take time to forget about our troubles, and have a great time.  You find classes near you by going to:  http://www.zumba.com/ I encourage you to give it a try, and warn you- you too might get addicted! :)