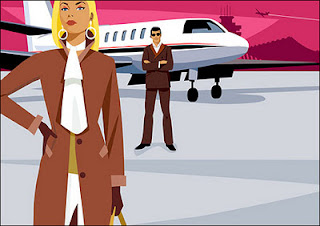 I don't know where it began?  As a kid growing up in Brooklyn, NY I came from a lovable, loud and eccentric family.  Mom's family was like the Italian Brady Bunch of Brooklyn - three girls and three boys, a bit more loud and with more usage of hand gestures.  Second, third and twice removed cousins were superfluous.  My mom raised me alone, and like any good NY family we all lived on a three block radius of each other, and gathered for Sunday feasts, the ongoing joke is in order to remember the last time we all saw each other is we have to trace back to the last Holiday, Wedding or Funeral. 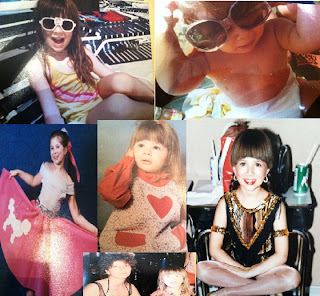 I love my family, they helped shape who I am today, but there have always been things about me that just didn't fit in.  Let's begin with my accent.  Born and raised in Brooklyn it is quite odd that I have never fully adapted to the "How you doins", and "youz guyz", in fact I sound more like I am from Minnesota, Hawaii or Canada! Sad, but true when you are a misfit duckling.  Also, while the furthest the majority of my immediate family had traveled was Hershey Park Pennsylvania... by the time I got to High School I studied Spanish, Italian, Latin, and Chinese- I longed to see the world.

When I turned Sweet 16, my mom asked me what I wanted, a party, a car?  None of that I retorted, there was only one thing I could think of, the one thing that I have always longed to do... I wanted to travel.  Where?  Italy!  Of course, after the initial shock wore off,  having the best mom in the world, it was done.  Passports arrived and my mom, Grandma and I traveled throughout Europe.  It is then where my magic began:  We ate atop a mountain in Switzerland; we shopped in the fashion capital of the world Milan; we strolled around the Coliseum of Rome- where you could almost hear the lions roaring and crowds cheering; sailed in a gondola in Venice through the moonlit waters; soaked in the tropical sun of Capri and Sorrento. New foods, new cultures, new language, new love- I was hooked! I was officially bit by the travel bug, and I knew the rest of my life would be changed forever.

In the upcoming years I sailed throughout the Caribbean, and made sure to get off the touristy paths as often as I could.  I  circled the Hawaiian Islands, and although I adored the paradise of the sands and ocean, I reveled in the history of the people at the museums of the Polynesian Cultural Center; I especially got a thrill from learning how to surf in the epic North Shore’s waves in Hawaii and being up close and personal with the active volcano- Mount Kilauea’s lava and liquid magma glowing in the night- the things you read about in Social Studies books growing up, being right there before your eyes. 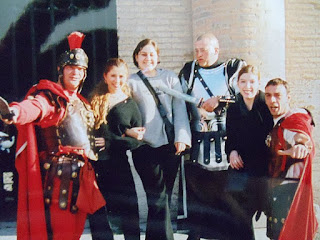 By the time I got to College, I was a Marketing Major, but soon doubled in Global Business.  I had the opportunity to study abroad, and get fully immersed in the culture, and business of Italy, Portugal, and Spain.  I than decided to minor in Peace Studies, which is akin to Political Science, but with a more peaceful resolve to conflict resolution (also seen as make a lot of money, give a lot away ;)).  I had the great gift of learning from marvelous professors, and a worldly alumni class about cultures, world religions, languages, and various perspectives on the world.  When I graduated from Manhattan College, I went on to work for Cisco Systems, where I am today.  A global company which truly does live by its motto of changing the way the world lives, works, plays, and learns; and takes a huge stance on encouraging it’s employees to volunteer and give back, which is another passion very near and dear to my heart.  Unfortunately I am not in a job which requires me to travel… yet.  So I decided to continue my passion personally. 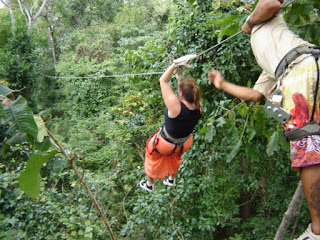 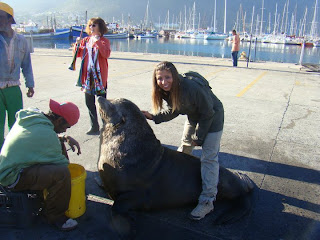 Three years ago I went on an adventurous voyage in the Central American gem Costa Rica: horseback riding on the beach, zip lining through the Rain Forrest, hiking through waterfalls, kayaking through the azul waters to nearby foreign islands and eating arroz con pollo with my Tico and Tica friends on the beaches of the Pacific.  Two years ago, I had another dream trip through South Africa with friends. We went for World Cup, and got to see three of the games.  If I wasn’t a soccer fan before, I sure am now.  The passion for the game throughout the world and their supporters is overwhelming.  We went whale watching in Hermanus, ate Indian food in Durban, went on a Safari and gazed at the raw life of kudus, giraffes, rhinos, elephants, hippos, and lions.   As an avid animal lover, it was an overwhelming experience to pet a cheetah, and hug a sea lion. 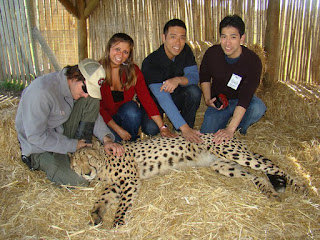 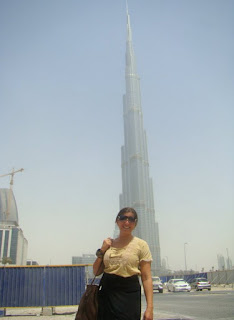 We scaled Table Mountain and sat atop Cape Point and marveled at the views and soaked in the moment.  We drank in the native grapes at some of the finest wineries in Cape Town.  The last day we went to Dubai and strolled through the hot desert sun, shopped in the world’s largest shopping mall- The Dubai Mall, went atop the tallest building in the world, the towering Burj Khalifa.  It was the trips and memories dreams are made of, and I loved every second, yet something welled up inside of me that I couldn’t shake, something was… missing. Someone to share it with.

Thirty five countries later, I have had a lifetime of memories, and I would not change one single second.  The awe inspiring places I have seen, the delicacies I have tasted, the people I have met & friendships I have made, the wonders I have experienced.  Unfortunately I always saw these things alone, or with friends, or other couples.  The third wheel on my own vacations… until I met- him.  Soul-mate can be so over used, but it might adequately describe the relationship, friendship, passion, and love I have found with my boyfriend and world traveling partner Jay.  We met by accident, and unexpectedly through a Charity Dinner.  We sat next to each other, star crossed lovers destined for the encounter which has changed both of our lives.  We both worked in IT, loved giving back, shared numerous traits, hobbies, the same sense of humor and spontaneity, but most importantly passion for traveling the world.  He called it Roller Blades and Red Bull.  “Roller Blade ad Red Bull Tour”  consisted of him, 100 countries, roller blades, and a ton of red bull- his personal bucket list if you will. He too had seen amazing places and things, and had no one to share it with.  He was leaving for South Africa, and I had just come back.  We stayed up talking and laughing till 6 in the morning and we knew we were in trouble. 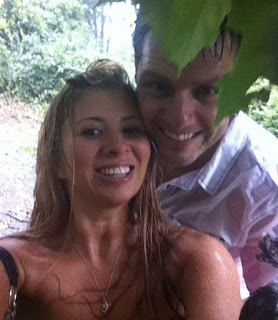 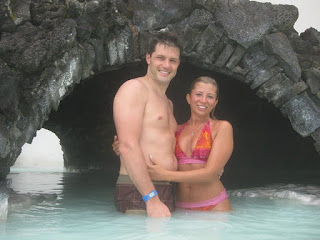 In the spontaneous whirl wind of a year which has followed we have traveled through Toronto, and several cities of America- Raleigh/Durham,  Miami, Chicago, New York, Boston, Las Vegas (to name a few), and then took our zest for life, travel and each other International- cue voyage throughout all of Scandinavia- soaked in the mineral springs in the Blue Lagoon of Iceland, biked the streets and bridges of Stockholm, Sweden, shiverd in an ultra cool (paron the pun) ice bar; Ferried around fabulous Finland;  walked hand in hand down the world’s longest street Strogat in Denmark, and laughed like school children riding all of the ride’s in Tivoli the world’s oldest amusement park; watched the sunset in each other’s arms on top the opera house in Norway.  In less than a week we are headed to South East Asia:  Cambodia, Malaysia, Philippines, Indonesia, Vietnam, Thailand, Singapore (7 countries in 8 days- RED BULL!). These are just a few of the many memories we shared, and will treasure for the rest of our lives, and this is only our first year together. 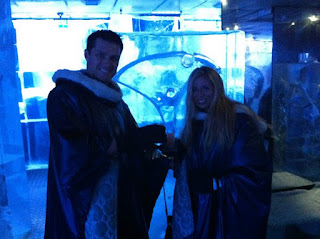 One of my favorite quotes which I most closely identified with was by Aristotle, “I am not a citizen of Athens or Greece, but of the world”, me too Aristotle, me too. And now, for the first time in my entire life, I have a partner in crime, someone to share my experiences with- not via a postcard, a photograph, or a story- but side by side, journey by journey, and adventure by adventure.  One of the best signs we read in Scandinavia said- “Those whose Journey Never Ends…Belong”… and might I say, it sure feels really nice to belong. 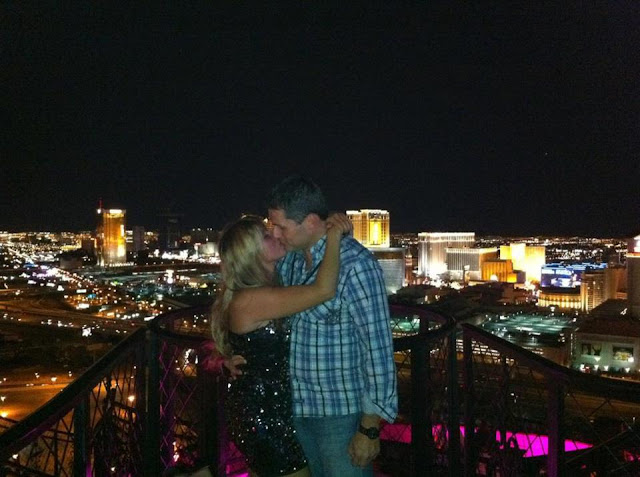